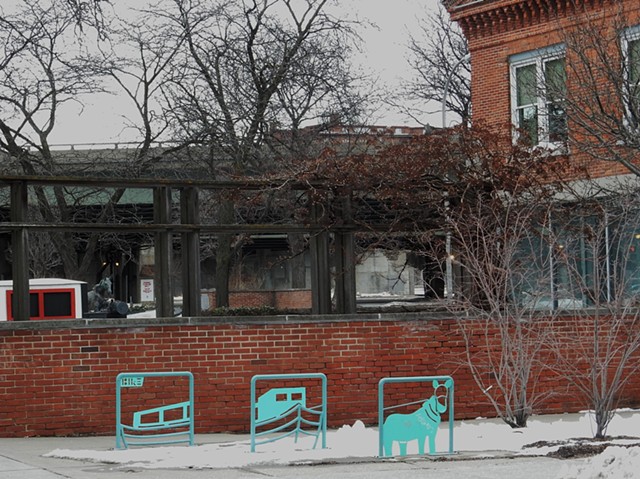 By accident, that’s how I landed at my first National Park site this year. Well, I actually went to the Erie Canal Museum on purpose. We were in Syracuse visiting Arthur’s son, and on a biting cold day we went to the museum. We’d heard good things about it, and we love museums. Well, perhaps it’s fair to say that I love museums and Arthur and Matt enjoy them. At any rate, nothing upon our entry to the museum indicated that it was a National Park site. We didn’t learn that until we were on our way out, and the docent handed us a brochure.

The Erie Canal. Every child of my generation, or at least every child of my generation raised in New York, knows the “Erie Canal Song.” I’ve got an old mule and her name is Sal, Fifteen years on the Erie Canal… But what importance did the canal really have for someone who grew up in New York City, and so many years after the canal ceased to be a centerpiece of commerce in the United States?

Traveling back in time, we learned of the mistakes made in the type of stone used to line the canal in the earliest days; the low wages, low morale, and numerous deaths among the workers; the planning that went into the locks to navigate the steep rise and fall of the land. Arthur played the role of Lockkeeper as Matt and I swept barges into the weigh station on a touch screen simulation. We explored a partial replica barge built into the museum’s ground floor.

But what had happened to the canal? It was no longer present through downtown Syracuse . Matt assured us that, according to the maps, it should be sweeping past the windows of the museum, right next to the replica barge. How would they have drained it?

After climbing to the second story, donning hats for photo opportunities at the replica general store, we stopped in the book store. I perused several volumes on the canal’s history, but nothing shed light on the filling-in of the canal after its use was discontinued.

I asked the docent (this is how we got the brochure). She explained that for the most part, the 524-mile-long canal system (the Erie Canal and its “tributaries” that spun off north and south of the main line) is intact. The Syracuse portion was diverted to skirt the downtown area.

We exited the museum and walked to Clinton Square. An ice rink now sits on part of what had once been the canal. Modern businesses fill the surrounding area. But if you stood at the end of the ice rink and looked back toward the museum, several of the original buildings from the museum’s old drawings and maps fill the skyline.