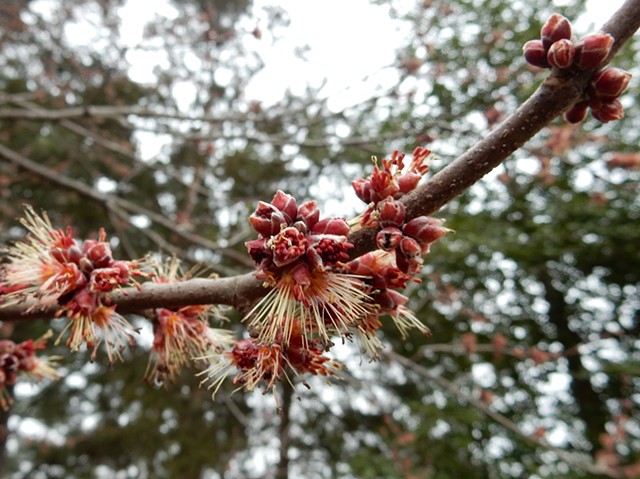 #7 Fredericksburg and Spotsylvania
< previous next >

“How about a road trip?” I asked my son Scott, who was on an east-coast business trip. Nearly eight years had passed since he and his wife had moved to Chicago, then for graduate school, now for good. I missed our many meanderings. Scott and I have visited many national parks together, from local favorites like Fort McHenry and the National Mall to Golden Gate in California, Acadia in Maine, Everglades, Biscayne, Big Cypress and Dry Tortugas in Florida.

So on his day off, we drove from Arlington, Virginia en route to yet another national park. I’d selected Fredericksburg & Spotsylvania National Military Park. It seemed close enough that we would have enough time to explore and get back closer to home before the expected storm hit.

The park is spread over a vast area, covering multiple Civil War battlefields. We only made it as far as Fredericksburg.

This, according to the film, was a battle that changed the approach to the war. It brought the battles to the citizens, in their homes, on their farms, causing mass abandonment of the town, and looting of the resulting empty residences and businesses.

Afterward, we walked through the exhibits in the visitor center, its walls covered with highlighted families and citizens. I’d gotten ahead of Scott and waited for him in a recreated cellar with recorded sounds of the bombardment. If you ignored the rest room signs across the vestibule, if you closed your eyes for just a moment, and felt the cramped space and the vibrations of the audio track, it was lonely and frightening, and Scott startled me when he reappeared.

Vivid scenes of the area were depicted in a 3-dimensional photographs , or stereo views as they were called then. Wounded soldiers. Union soldiers burying their dead. We were surprised to learn that the majority of Civil War photographs were captured using this technique. The war prompted a revolution in the history of photography.

Later, we ventured onto the property, walking the trail along Sunken Road, where the battle lines were drawn: Confederate soldiers up on the ridge with a clear view of the well inhabited portion of Fredericksburg below them. Surely the city looks different now, 150 years later, but foundations of the Civil War era homes that had dotted the property still remained, stone boxes staking their ownership to the land. The cemetery stretched out before us at the end of the trail, rows upon rows of small white gravestones, many inscriptions eroded to illegibility.