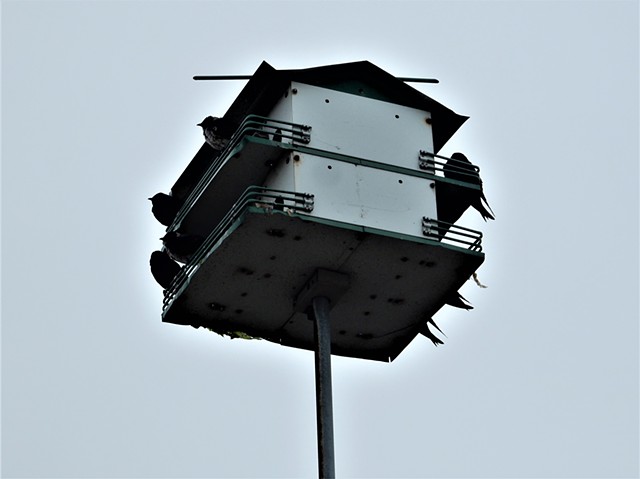 Every fort, of course, is judged in comparison to Fort McHenry, for this 30+ year Baltimore area resident. A victorious fort. A fort where the country’s national anthem was written. Each fort I visit has a lot to live up to; I consider Fort McHenry to be “my national park.”

Driving the half hour or so from Virginia Beach to Fort Monroe, I wondered how Fort Monroe would stack up. There’s a luxury in a day that is a single-park adventure. There’s time for focused anticipation, immersion, and reflection. The day was dismal gray as I drove I-264 to I-64 and through the tunnel, amazed once again at the low bridge approach to the tunnel, where and optical (and psychological) illusion made it seem as though the large container ships would simply ram into the cars crossing the bay. But other than that moment, I spent the drive contemplating today’s park. I try not to research a park too heavily before I visit. Despite being a compulsive planner (Details ‘R Us), overplanning detracts from the opportunity to fully experience a park, and learn the amazing stories, history and significance first-hand. So I only knew that it was a fort, rather near Virginia Beach, part of the National Park system, and home to the Casemate Museum. I entered the fort via the Main Gate off of Ingalls Road. It seemed barely wide enough to accommodate my car. Inside, it’s like a small city – much larger than Fort McHenry – with residential dwellings. I follow the signs to the Casement Museum, noting the segment marked as the site of Jefferson Davis’ incarceration.

Wow, that’s big news. At Fort McHenry, the Maryland legislature was incarcerated during the Civil War to prevent the southern leaning state from causing Washington DC to be surrounded by the Confederacy. But either bits and pieces of the history I learned as a kid are fading, or there are important pieces I never learned – like the fact that Jefferson Davis was incarcerated. It does, of course, make sense, given the outcome of the war.

But I was distracted by a set of stone stairs, and followed it up to the ramparts of the fort. I stood on the now-empty cannon mounts and looked out over the surrounding towns, and the water, and it felt a little bit like Fort McHenry, but only a little. Brick versus stone. Cannons versus empty mounts. The size difference was staggering. And it seemed to me that it was teeming with life, because many of the buildings were marked “Private Residence” – clearly people were living there today. I lingered for a while on the ramparts, taking in the flag and the surrounds, mulling over the capture and imprisonment of Jefferson Davis. It was time to go see where they kept him.

The cell where Jefferson Davis was imprisoned following his capture by Union troops contained a bed with handcuffs or shackles, and a simple writing desk. He was allowed only limited books inside his cell.

But other surprises lay in store as well, in this, the largest stone fort in the United States.

Other forts had sat on this land prior to Fort Monroe, although none lasted.

Edgar Allan Poe had been there as well, stationed, not imprisoned.

And perhaps most fascinating, Fort Monroe became known as Freedom’s Fort when three enslaved men escaped to the fort seeking freedom as members of the Union army. The fort’s commander determined that the Fugitive Slave Act did not apply since Virginia had seceded from the United States. To shore up his decision, he called the escaped slaves “contraband of war” and consequently they became the property of the Union as a means to protect them from being reclaimed by their former masters.

I loved this fort.

I exited via the East Gate, and parked near the water. Looking back at the fort, I realized that the moat was still intact. I hadn’t thought too much about a moat since the fort sat on what appeared to be a small island completely surrounded by water.

On the other side of the parking lot lay the Chesapeake Bay. The water crept up to the shore in a boulder-bordered pool, lapping at the sand where a few tiny green plants grew amidst the pine cones scattered on the beach. Across the bay a large American flag flew over what appeared to be another fort, or perhaps the Norfolk Naval Base. I could see Navy ships clearly docked a little further away. I walked the promenade with the Chesapeake Bay on my left and Fort Monroe, surrounded by its moat, on my right, at this park where different eras of history seemed to converge.