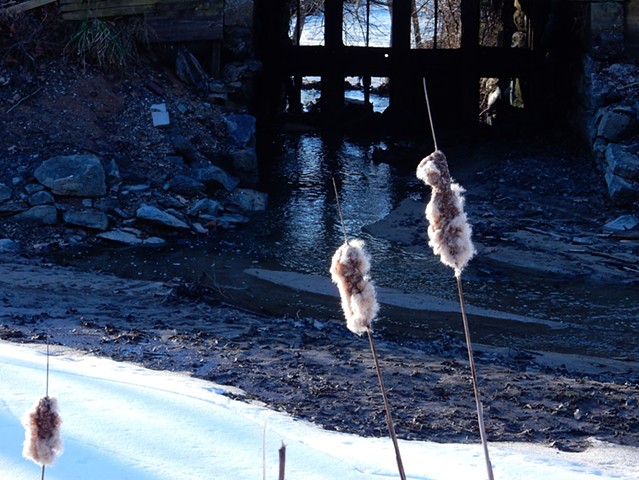 Last time I visited the C&O Canal, the trees were heavy with thick green leaves and the weather so warm that my four friends and I downed nearly an entire watermelon after our mule-pulled barge ride on the canal. Now, the dirt paths were slick with mud that swallowed my shoes, and cattails stood sentry in the snowy banks of the canal. Across the footbridge, the Potomac River raged, as always, over the boulders and tree stumps strewn across it, the water churning and swirling.

I pulled on my gloves. The wind bit into my cheeks as I turned up the collar of my coat, sinking my neck into the fabric, and finally giving in and pulling on my hood.

This was my first visit in the Centennial year to a park I had visited before, and I marveled at the stark contrast of the park in summer and the park buried under the remnants of the east coast blizzard of 2016. The single commonality, other than the rushing waters of the Potomac River, was my need for sunglasses. The late afternoon sun was brutal, glinting off both the snow and the water. The canal itself, however, was dry, its bed exposed, a patchwork of mud and snow.

The crowd was thin, a few runners, one photographer set up with his tripod, and two hardy families with young children and dogs. The visitor center was closed, this late in the day, with the sun starting to edge toward the horizon, a faint trace of orange beginning to paint the sky. I stood at the viewing platform over the river, watching the sun kiss the top of the bare trees and behind the tangled maze of branches.