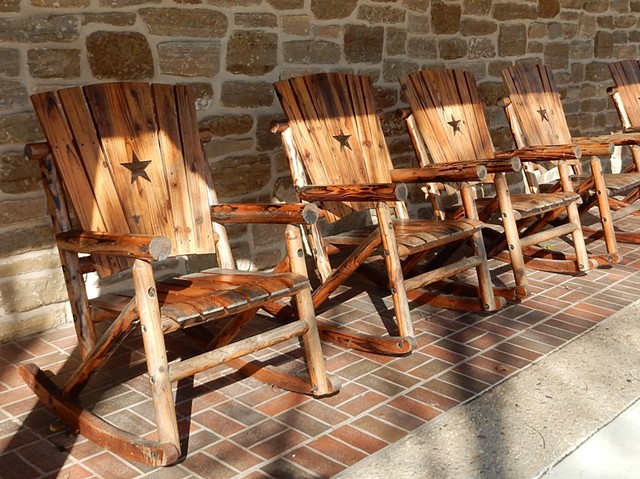 I’m old enough to remember LBJ, but not really. I remember the day JFK died, in the way that a kindergartner would: my mom watched TV during the day. That was the standout memory for me. We were largely a radio family, and I’m sure that’s how Mom learned about JFK’s assassination. We certainly owned a TV. My parents liked to watch boxing matches at night. We kids were allowed limited programming.

So my knowledge of Lyndon Johnson was that he took office when Kennedy died, was elected in his own right, and was somehow tied up in the Vietnam War. He wasn’t long ago enough that we studied him in school, or current enough that I lived through his presidency when I was old enough to be aware of politics.

I arrived in Texas on business with the number one priority of visiting the LBJ Presidential Library. I’m a writer, after all. I am interested in libraries. From that visit, I learned a compressed history that the prior generation – or half generation – watched unfold in near-real-time.

I took this newly acquired knowledge with me when I visited the Lyndon B. Johnson National Historical Park the following week. The park is divided into two sites, fourteen miles apart. I started “backwards” – visiting the site of the ranch he and Lady Bird owned first, and backtracking to his boyhood home afterward. This was planned due to the opening hours of each park. I was squeezing in my National Park “fixes” between business obligations. But the hours of operation on the website were misleading, because the visitor center opened at 8am, but not the road into the ranch itself. So I missed seeing the Texas White House, as it was colloquially called, and settled for watching the visitor center documentary films.

I understood, from the LBJ Library, that Johnson had been an enormously popular president, touting his vision for “the great society” in which poverty and discrimination would be eradicated, who won his election in a landslide victory, then announced he would not run for re-election due to the turn of events in the Vietnam War, for which he was held largely accountable. But it was glossed over a bit at the library. It was at the park that this was drilled home.

“LBJ, LBJ, how many kids did you kill today?” The image from the film stays with me, overpowers all I learned about Lady Bird Johnson – the first First Lady to have a press secretary, her push for environmental awareness with highway beautification and 35 National Park properties declared during her tenure. I was, after all, a product of the 60s and 70s. I knew people who wore POW bracelets. It was an anti-war period, the years that shaped my development.

As heartbroken as I’d been watching the films at the library, to see a popular president with a grand vision for the betterment of society fall from grace, and as hard as it was to fully comprehend a modern era president who grew up in a place without electricity or running water – the crux of the boyhood home portion of the park, this was my take-away.

“LBJ, LBJ, how many kids did you kill today?”